The first time I ever saw Sarah Brown‘s work in the Cheetah3D forum, I was incredibly intrigued – out of nowhere these beautiful kawaii characters appeared, each post a little bit cuter than the last. I’m really pleased I got the chance to interview Sarah as I think she is a huge inspiration for both new and old Cheetah3D users…

Firstly, what made you want to learn 3D and why Cheetah?

I’ve always thought would be cool to know how to do 3D, but it was my interest in vinyl toys and figures that ended up being a big motivation to start learning.

Even though I tend to draw in quite a simple, flat vector style, a lot of the time I’d imagine what the character or object I was drawing would be like if it was made into a toy or model. 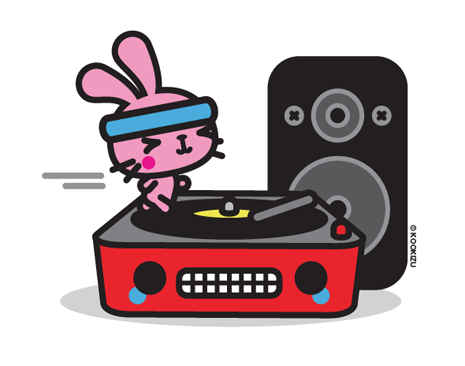 I first tried to satisfy my curiosity in a more traditional way – modelling with clay, moulding with silicone and casting in resin – which went pretty well, but because it’s quite a time consuming process – especially if you just want to see how something looks and aren’t particularly planning to produce runs to sell – I started to think about other methods that might work. I figured if I could learn enough 3D I’d be able to visualise ideas in a render or even get a 3D print made. 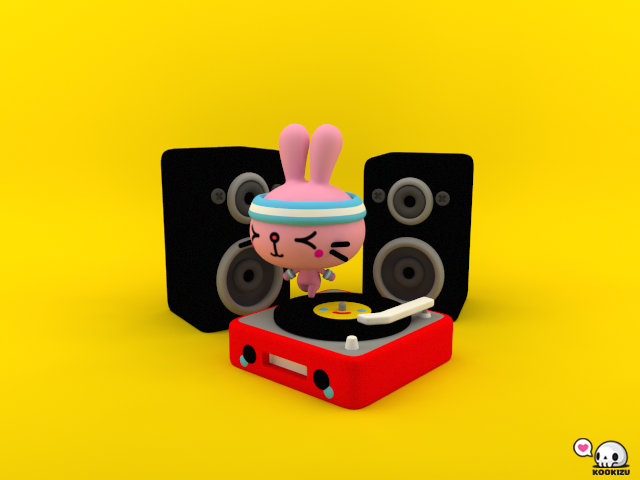 I’d tried demos of a few other 3D programmes that were available on a Mac, but I settled on Cheetah because it had a lot of the features of the more expensive programmes at a tiny fraction of the price, and even before I knew what I was doing at all I was able to get a pretty nice render out of the demo, so that helped sell it me because I found that really difficult with other programmes. I also found its mouse controls quite intuitive and I really liked that the interface didn’t look too cluttered.

How tough did you find it moving from 2D to 3D?

It hasn’t really been too bad. I have had a few issues where I’d chosen to simplify or flatten something in an illustration because it just looked better or neater and when I’ve gone to make it in 3D I realise that it’s actually a bit of an impossible object! I quite enjoy the challenge of trying to find a way to make it work and still look similar though.

Well apart from the toys which I already mentioned, I think the Japanese pop culture and kawaii (cute) style is a fairly obvious influence – although I do tend to prefer cuteness with a side order of darkness. I also really like graffiti characters and I’m absolutely obsessed with computer games too – in fact the cute, colourful character influence for me definitely started after being exposed to lots of weird and wonderful imported Japanese games on the N64!

Your work really lends itself to 3D, what are your next plans for your creations?

I’m definitely looking forward to designing more things to be 3D printed. So far I’ve only had a skull I designed printed as a small test and I was really impressed with how nice it came out. I find it ridiculously exciting to be holding a real thing in my hand that had previously only been a scribble of an idea on a piece of paper and a mesh in a 3D programme – this new fangled technology blows my tiny mind a bit! 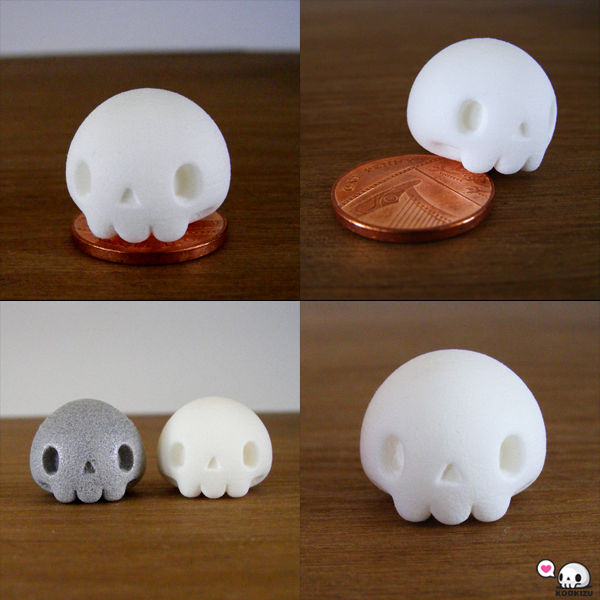 I’ve also thought about making some scenes or characters to illustrate something like greetings cards.
Apart from that, I’m just going to keep on practising and learning new stuff to try and improve.

I still feel a bit nooby to be giving out advice really, but then I get the feeling I might always feel like a noob with 3D because there’s such a lot of different subjects within it to learn about… so I guess one bit of advice can be, don’t try and learn it all straight away!

Follow a few beginners tutorials to get your bearings and find out where all your basic tools are and have a play to see what they do, then set yourself a project to model a simple object or one of your own ideas and try not to compromise if you encounter problems along the way that you don’t know how to solve yet because that will force you to learn something new in quite a natural way. 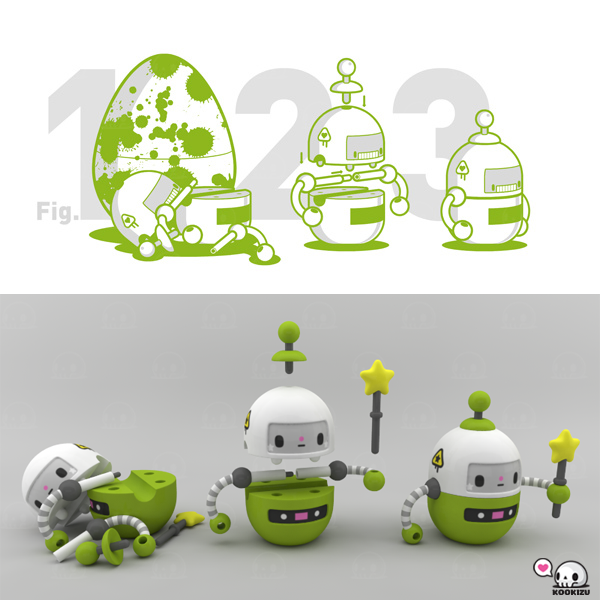 Forums and 3D communities are a good place to ask for help if you get stuck – I sometimes found it hard to articulate what I was trying to achieve because I didn’t know all the technical terms for things, in these situations a screenshot can be worth a thousand words!

One other thing I found useful was to watch lots of tutorial videos of experienced 3D artists modelling something from scratch to try and get an idea whether there were do’s and don’ts I should be aware of and what witchcraft they used to turn that primitive cube that they started with into a beautifully detailed model! 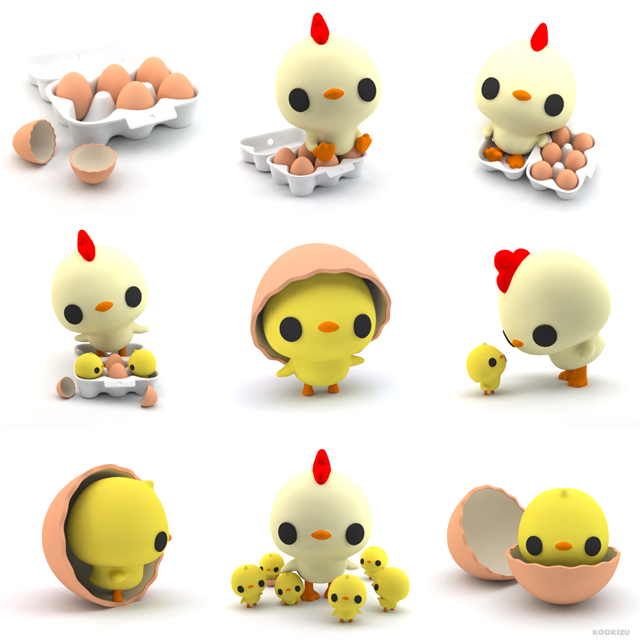 I personally found the ‘box modelling’ series of videos by Glen Southern and the ‘hard surface essentials’ videos by Grant Warwick really helped me to make sense of some basic modelling techniques. Neither artist was even using Cheetah, but I could see that the general principles would be pretty much the same in any 3D programme and I just liked the way they explained things.

Which are your favourite/most used tools in Cheetah?
I’ve only just started to explore these, but I find some of the add-on scripts really useful. I quite often use a script called ‘Make Circle’ that I found on the Cheetah forums uploaded by Hiroto /tg_jp (http://www.cheetah3d.com/forum/showthread.php?t=8848)

It basically shapes a group of polygons you have selected into a neat circle shape on your mesh which can save quite a lot of time when compared to having to do it manually. 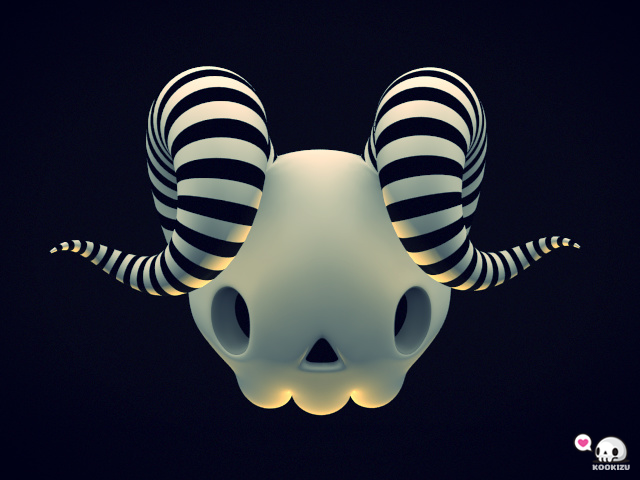 Thanks for your time Sarah!